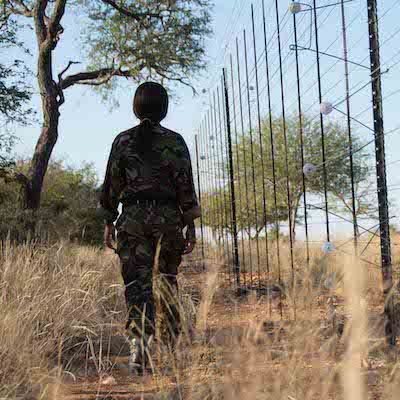 See that? Over there?” Carol Khosa asks. The sun catches the glint of a plastic water bottle tucked beneath the dried bark of a leadwood tree. To an untrained eye, it’s easy to overlook – an irresponsible tourist might have tossed the bottle while riding through the reserve on a game drive in an open-topped Land Rover. Khosa, a member of the Black Mamba Anti-Poaching Unit, steps forward in her army fatigue uniform and combat boots. She pushes aside a few dead branches, revealing a stack of firewood, a scattering of white animal bones, and the rusted metal frame of a cooking device. “A kitchen,” Khosa says. “An old kitchen.”

Speaking in Zulu, Khosa and her patrol companions, Felicia Mogakane and Colin Mathebula, begin “sweeping” the area for more evidence. Within minutes, the team finds three snares made out of spiraled wire; a filthy comforter; a pair of brown corduroy pants; an old green t-shirt; empty food tins; and a beer bottle. “Poachers,” Khosa says. “Maybe hunting antelope for bush meat. But this camp is old. Very old.”

This is the ninth poachers’ camp that members of Black Mamba Anti-Poaching Unit have discovered since 2013 in and around the Balule Nature Reserve, a 50,000-hectare region of the larger 185,000-hectare Associated Private Game Reserves bordering Kruger National Park. Unfenced, this network of parks and reserves melds with Kruger to provide a two-million-hectare wilderness area for African wildlife. 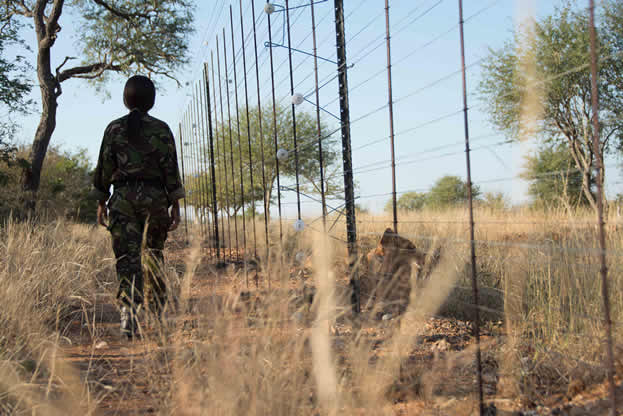