People Are Killing Entire Families Of Snakes In Cruel ‘Contest’ 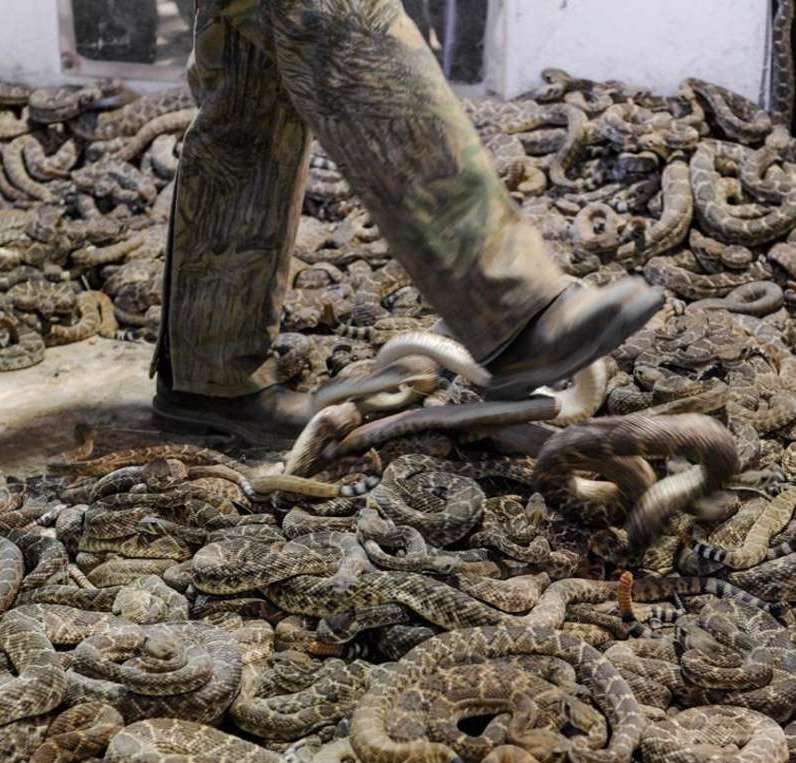 Jo-Anne McArthur has never forgotten the sound of rattlesnakes trapped inside a killing pit in Sweetwater, Texas.

It was 2015, and she was attending the city’s annual rattlesnake roundup festival, where thousands of rattlesnakes are kept in tiny pits inside an arena, then brutally slaughtered in front of the public. People talked and kids screamed – but the snakes rattling their tails seemed to be the loudest sound out of everything.

“When they’re in the pits, one on top of the other, they’re all rattling,” McArthur, a photojournalist and author of “We Animals,” told The Dodo. “It doesn’t mean, ‘I’m about to attack.’ It means, ‘I’m afraid. Don’t step near me.’ It’s the sound of a thousand snakes screaming.”

Snakes are often viewed with fear and disdain, and people sometimes find it hard to relate to them. Yet Melissa Amarello, cofounder and director of education for Advocates for Snake Preservation (ASP), told The Dodo that snakes are social animals who form strong family bonds.

“It’s surprising how similar they are to us,” Amarello told The Dodo. “Rattlesnakes give birth to live babies, and they take care of their babies for the first couple weeks of their lives, keeping them warm and safe from predators. In some rattlesnakes, the mothers will come together in the latter parts of their pregnancies and gestate together. And then they’ll give birth at the same spot and they’ll help take care of each other’s babies.”

But each year, rattlesnake families are torn apart when people capture thousands of animals to slaughter them at roundup festivals in Texas, Oklahoma and other U.S. states. They capture them by dumping gasoline into their dens, which makes it impossible for snake families to breathe underground.

The roundups started 50 or 60 years ago to keep rattlesnake populations down and protect livestock, although Amarello argues that these killings are unnecessary […]