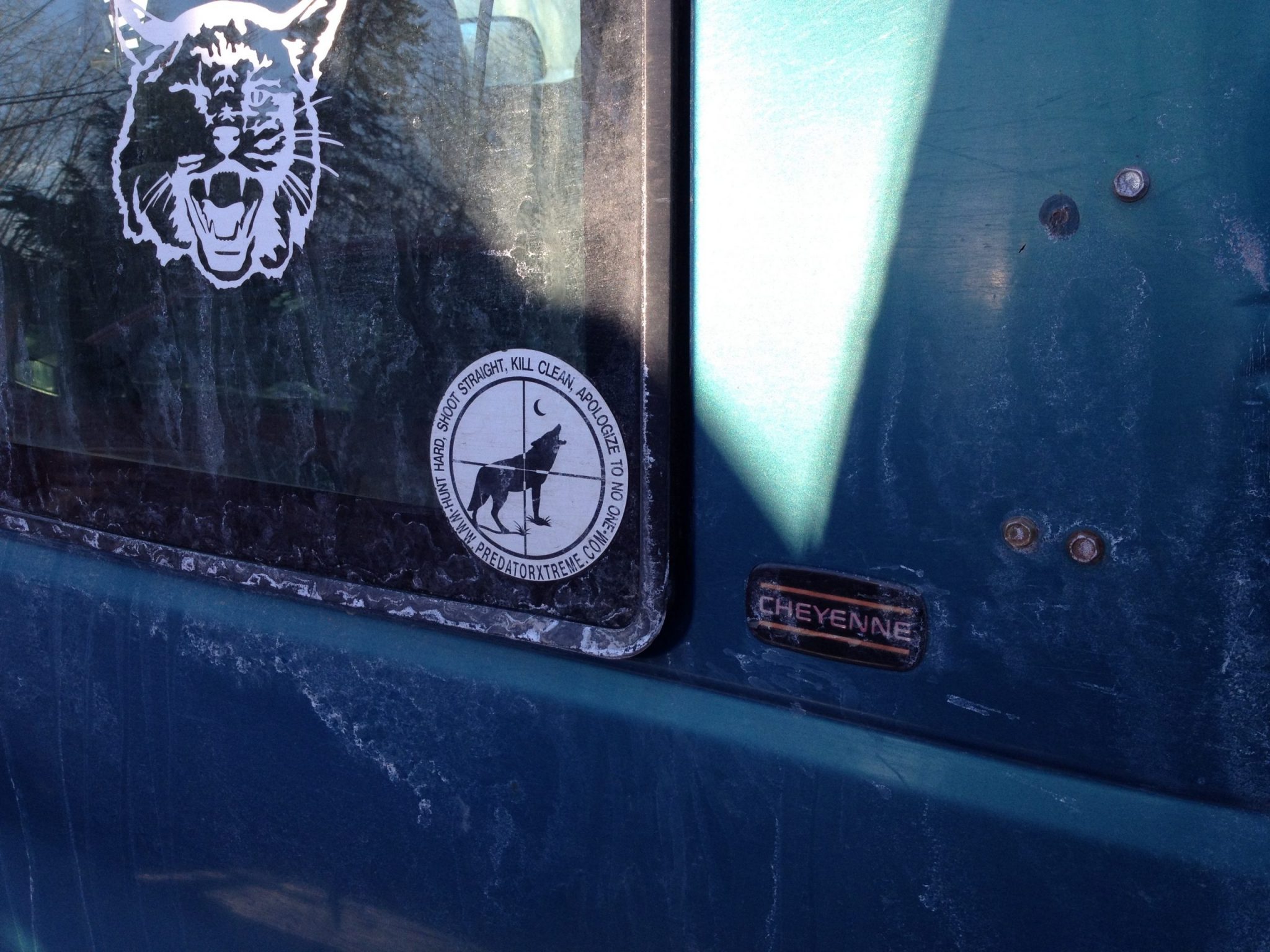 Rod Coronado hit the brakes, bringing his Toyota pickup to a halt on the snow-covered road. He opened his door—ignition beeping—and crunched his boots onto the snow. His travel companion, a 37-year-old Wisconsin woman named Keri Lewis, jumped out the back of the dual cab to follow. Together they studied the snow for what they’d spotted from the truck: large, wide paw prints with distinct claw marks: large inner toes and splayed outer toes. “Wolf tracks,” Coronado said, placing a measuring stick beside one of the prints. It was about four inches long and four inches wide. “But it looks like they were here hours ago.”

Coronado, Lewis, and I are in the Moquah Barrens, a 63-acre area of pine forests and open meadow in the Chequamegon-Nicolet National Forest in northern Wisconsin. It’s the end of winter; the air is crisp and layers of snow are packed hard on the ground. Impressions of deer hooves and rabbit feet pepper the roads, crisscrossed by wolf and coyote tracks. For many people—Coronado and Lewis included, who both spend countless hours in the national forest—tracks are the closest they’ll get to the elusive gray wolf (canis lupus). Before European colonization, gray wolves roamed the entire continental United States, but by 1960, the species had virtually been hunted to extinction, with only a small number remaining in upper Michigan and Minnesota. Then in 1973, the U.S. Congress enacted the Endangered Species Act (ESA), and gray wolves received special protection for the first time in history. A recovery process began, and the gray wolf population slowly rebounded.

In 2011, Wisconsin had a population of approximately 800 gray wolves. At the same time, the federal government managed to delist the gray wolf as an endangered species in Wisconsin, handing the management of the species over to the state. Between 2012 and 2014, the Wisconsin Department of Natural Resources (DNR) opened two seasons in which permit holders could hunt gray wolves. The state mandated a strict quota, but the Wisconsin wolf population plummeted to about 660 in 2014 anyway. The government reinstated the gray wolves’ endangered-species status, putting a halt to the state’s wolf hunts […]